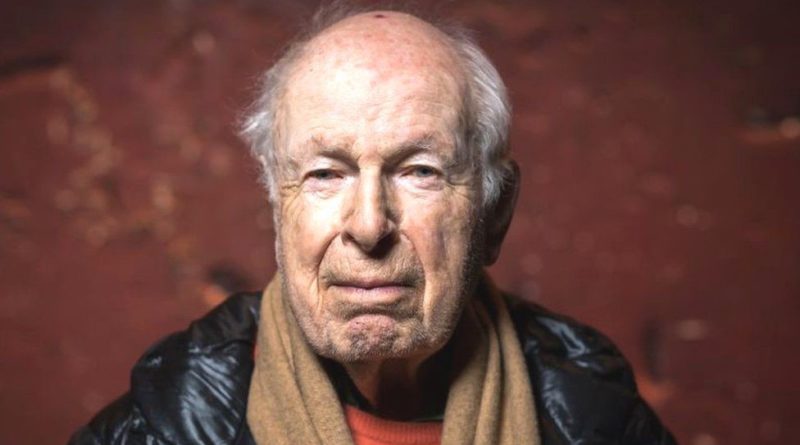 Peter Brook, one of the most creative and controversial stage directors of post-war Britain, has died aged 97.

Born in London, his stage productions, starring some of theatre’s most distinguished thespians, both enthralled and shocked audiences.

His career took in Shakespeare plays, Broadway musicals and cinema, including an adaptation of Lord of the Flies.

Brook, who had lived in France since 1974, died in Paris on Saturday, according to reports.

Peter Stephen Paul Brook was born in west London in March 1925, the son of Jewish immigrants.

He did not have a theatrical background, but after studying at Oxford University his talent was quickly spotted.

By his mid-20s he had a reputation as the grand old enfant terrible of the British stage.

Over the ensuing decades Brook put his stamp on the theatre, breaking many established conventions.

At the age of 20 he was appointed director of Birmingham Repertory Theatre.

He soon moved on to the Royal Shakespeare Company (RSC) and then to the Royal Opera House where, as director of productions in the late 1940s, his work included La Boheme and Salome.

Brook was subsequently director at the Metropolitan Opera House in New York.

He later told the BBC that he regarded British post-war theatre as having become “old-fashioned, stereotyped and in the hands of a small number of very conventional people who did Shakespeare in the most boring way imaginable”.

Through the 1950s he continued to direct RSC productions featuring some of the greatest actors of the age including John Gielgud, Paul Scofield and Laurence Olivier.

He was responsible for a number of distinguished productions in London, New York, Paris and elsewhere – plays by TS Eliot, Tennessee Williams and Arthur Miller, as well as Shakespeare.

He was heavily influenced by Antonin Artaud’s ideas for a Theatre of Cruelty, putting on a season of plays in London in 1964.

His production of the Peter Weiss play, Marat/Sade, originally staged in London, was well received on Broadway and won Brook a Tony award for Best Director in 1966.

His 1970 production for the RSC was a memorable, airborne version of A Midsummer Night’s Dream using trapezes and stilts.

It was an attempt to capture the strangeness of a play about dreams, fairies and spurned lovers.

Controversially, in the 1970s he turned his back on English theatre and moved to Paris where he founded the International Centre of Theatre Research, an experimental theatre company.

With it, he visited many countries and put on productions for a variety of audiences, including one for drug addicts, and another for mental patients.

One memorable production, staged in France, Australia and America, was The Conference of the Birds, from a medieval Persian poem. In Australia it was staged in a quarry.

Among the major works he directed was The Mahabharata, a nine-hour dramatisation of a Sanskrit epic, which was presented in several countries before coming to Glasgow in 1988.

Brook made a number of films, including Lord of the Flies in 1963, and The Tragedy of Carmen – the stage production of which had won awards.

He was also responsible for a big screen adaptation of his production of King Lear, released in 1971 and starring Paul Scofield.

In 2012 a documentary, The Tightrope, directed by his son, Simon, examined Brook’s directing style, using hidden cameras so the actors would not be distracted.

The title referred to Brook’s habit of getting his actors to walk across a carpet on an imaginary tightrope, doing whatever they fancied but conveying the impression they were high up in the air.

It has been said that Brook was more interested in ideas than anything else. He seemed to have a desire to shock and had been described as an astounding combination of insight, intuition and effrontery.

Adapted from BBC 03/07/2022 by Susan Blattès ” i was fortunate enough to get to see his production of A Midsummer Night’s Dream in Manchester, many years ago” 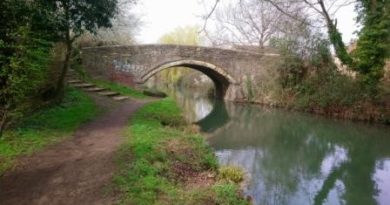 Going home or walking back through time, by Diana Bell. 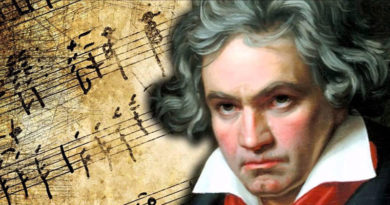