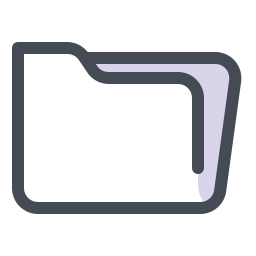 To begin with, many people ask why there was a referendum concerning Britain’s desire to remain or to leave the EU in the first place! The answer is of course, a political one. The then Prime minister, David Cameron, promised a referendum in the 2015 General Elections. It seemed a pretty safe bet at the time!

Most members of the major political parties supported Remain although Jeremy Corbin, the leader of the Labour party, has been criticised for his weak campaigning on behalf of Remain.

However, a strong campaign lead by UKIP, a nationalist party in favour of Brexit, had a charismatic leader called Nigel Farage. His populist argument convinced many voters. Then, the influential ex-mayor of London, Boris Jonson, who had supported David Cameron, defected to the Brexit campaign, probably for political reasons (it has been suggested that he hoped to become PM after David Cameron resigned)

So, how can the success of the Brexit vote be explained? Perhaps because of populist arguments such as «with the money we save from our EU contributions we can build new hospitals and save the NHS” or “ we can stop immigration and get out country back to where it was before!” (Before what!) Another popular criticism was that people didn’t want to be governed by unelected European bureaucrats! There was a lot of criticism of European red tape and interfering in home affairs.

The Remain campaign on the order hand tended to use highly technical economic arguments that people couldn’t relate to or didn’t understand. But, both sides used “fear” tactics and exaggerated their arguments (or even told lies)

The most amazing point in the campaign was that neither side had really thought through what to do if Britain exited the EU. There was no plan B! In fact when the results came through, Nigel Farage immediately resigned as leader of the successful UKIP party saying now he could get his life back! As for Boris Johnson he seemed dazed by his success!

Here is the breakdown of results per country.

Here is a closer look at those results. It would seem that older sections of the population, along with less educated, lower income people, voted Brexit. But is it that simple?

The South of England, especially London, voted massively to remain whereas the North, the Midlands and Wales voted to leave. So, there is a gap between the poorer and richer parts of Britain, along with perceived social inequalities, that accounts for the fact that many people in these regions voted Brexit.

Many other reasons explain this vote however. There was a strong element of the protest vote against politicians who are often perceived as being dishonest, untrustworthy and out-of-touch with the will of the people. Then, one cannot ignore the issue of immigration. Britain had 330 000 immigrants last year (184 000 from the EU and 188 000from outside the EU). This has lead to a fear of loss of identity and a strong desire to control Britain’s borders.

So, the UK will leave the EU, it’s official! David Cameron, who will forever be known as the Prime Minister who took Britain out of the EU, resigned. Theresa May, a Remain supporter, is the new Prime Minister who will negotiate Britain’s exit from the EU. She will trigger article 50 of the Lisbon Treaty (signed in 2009 and never used until now) probably in March 2017. Both sides will have 2 years to negotiate the split. 3 senior ministers from Mrs May’s Conservative party, who are known as the Brexiteers, will negotiate on Britain’s behalf. The French negotiations will be lead by M. Barnier, a hard-line EU politician from Savoie. Expect no favours from him!

Nobody really knows how to carry out these negotiations as there was no preparation for Britain leaving the EU. The technical problems will be huge in the fields of EU law, educational exchanges, trade agreements, finance and business in general. Britain’s access to the single market will be an obvious problem. It is widely accepted that 2 years negotiating will be insufficient especially as 27 countries have to agree on the final settlement (Greenland, then governed from Denmark, is an example of problems to come. It voted to leave the EU in 1982 and negotiations took 3 years for a population of 50 000)

Problems don’t stop there. It should not be forgotten that Scotland and Northern Ireland voted to remain in the EU so the UK itself is divided on this issue. Apart from internal complications, Britain will now be viewed differently on the international scene by major economic powers like India and China. It will no longer be a privileged entry point into the EU for these countries ‘goods. Also, no longer part of the EU, Britain will find itself without its traditional partners in international politics.

It is difficult today, post-Brexit, to assess the results of this referendum. A referendum in Great Britain is not legally binding and may yet turn out to be illegal. However, a party that refused the results would be committing political suicide. Any political party will now think twice before calling a referendum in the future. This referendum has only served to highlight political and social divisions in the country. The results can only satisfy half of the population and leave the other half feeling frustrated and betrayed. Surely this was the worst possible outcome for the future of the country? 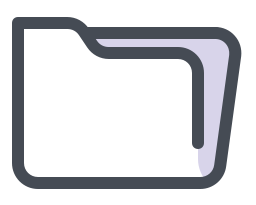